Summer, 2016
It's been another great summer.

Job
First and foremost, I've accepted an Assistant Professor position at Penn State in the Department of Plant Pathology and Environmental Microbiology (PPEM). I'm super excited and honored to be a Lloyd Huck Early Career Professor in the Huck Institutes of Life Sciences. I'm ecstatic about joining the excellent faculty at Penn State, both within PPEM and beyond. For information regarding potential positions (graduate student, postdoc, technician), see here.

Outreach
I had the opportunity to participate in Biotechnology Laboratory for Students and Teachers (BLAST) at Tucson Magnet High School, along side members of the Baltrus and Arnold labs. This is an exciting program that gives students hands on experience with various aspects of microbiology and allows them to pursue their own creative-scientific endeavors under the mentorship of a UA scientist.

Our recent work on the Pseudomonas syringae tailocin was highlighted on the BacterioFiles podcast. Big thanks to Jesse Noar for this opportunity.

Meetings
In addition, I made it to four (!) meetings. Two were project director meetings for scientists who've received funding from the USDA National Institute of Food and Agriculture's (NIFA) Agriculture and Food Research Initiative (AFRI). It was a great opportunity to meet and interact with others working at the intersection of agriculture and microbiology.

I was fortunate enough to receive a speaking slot at the XVII International Congress on Molecular Plant-Microbe Interactions. I talked about our recent results indicating the cell surface target of the Pseudomonas syringae tailocin, as well as effects associated with acquiring tailocin resistance (specifically, reduced ability to proliferate within a host plant). Finally, I saw a ton of great talks and was able to share my research at the International Symposium on Microbial Ecology (ISME16). It was a great chance to catch up with some friends and learn about all of the fascinating and downright awesome microbial ecology going on globally.

Manuscript accepted
Oh, and we had our paper on using the agar-overlay technique accepted too! I'm looking forward to working with the video crew from JoVE to demonstrate this simple, but effective technique. Now we just need to get the lab presentable!
Summer, 2015
What a fun, busy, productive summer! From mentoring an University of Arizona summer research fellow, to visiting a collaborator in California, to engaging Tucson area high school students in store produce microbiology, to hosting a visiting student in Tucson, to attending a Gordon Research Conference, to pushing a manuscript through review process. It has been hectic, but greatly rewarding.
August, 2015
It's out! Our (Tanya Renner, Dave Baltrus, and myself) paper on bacteriophage co-option in Pseudomonas has been published by mBio. Find it here.
July, 2015
Spent an enjoyable week at Proctor Academy at the Gordon Research Conference on Microbial Population Biology. Got to interact with a number of really smart, engaging scientists and came away with inspiration to pursue several new research directions.
July, 2015
I, along with many wonderful researchers from the Arnold Lab at UA and Margaret Wilch, a fantastic biotechnology instructor at Tucson High Magnet School, had the opportunity to lead several Tucson area high school students in exploring bacteria associated with store bought produce. I think they learned more than they wanted about the microbial inhabitants on spinach, arugula, and kale, especially how numerous they can be. Unfortunately, I couldn't make it to the group photo. 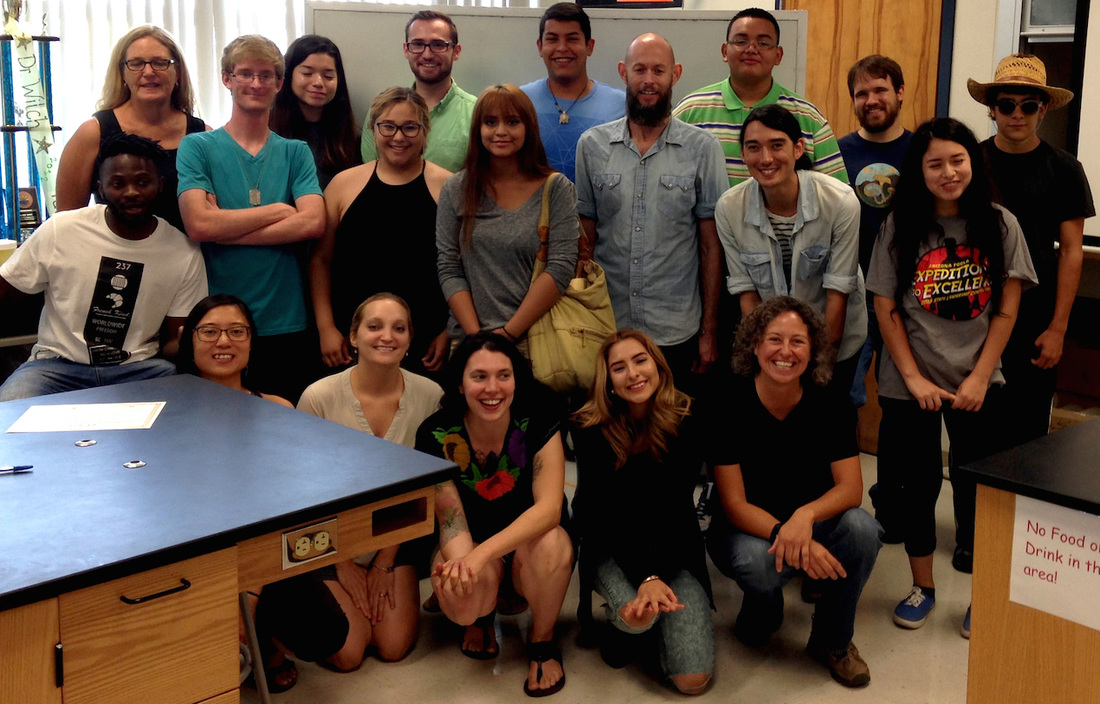 June-July, 2015
Julio Martinez, an undergraduate majoring in biology California State University, Monterey Bay, as well as a McNair and Undergraduate Research Opportunities Center Scholar visited Tucson for three weeks to learn several molecular biology techniques. This research follows up on my work describing the phage-derived bacteriocin (tailocin) in P. syringae. In addition to working in the lab, we had a chance to get out and enjoy some local cuisine. Tucson Tamale Company seemed to be a favorite. 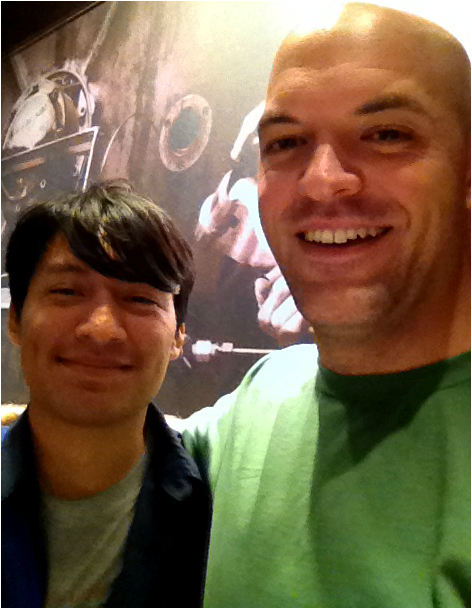 May-June, 2015
I spent two weeks in Salinas, California working with Carolee Bull and Julio Martinez at the USDA ARS. It was research at a near break-neck speed, but enjoyable and fruitful. In addition to screening an impressive collection of P. syringae strains for bacteriocin activity, we completed a greenhouse trial to assess the efficacy bacteriocin-mediated pathogen and disease control. A blurb about this trip was included in the August-September issue of ﻿Phytopathology News. We managed to sneak in a hiking trip to the redwoods in Big Basin State Park, north of Santa Cruz. We man
May, 2015
Ethan Carlson, an undergraduate working in the Baltrus Lab, received an award through the University of Arizona Undergraduate Biology Research Program to engage in an independent research project. Over the summer, Ethan did a phenomenal job describing and quantify the reduced virulence associated with gaining de novo bacteriocin resistance in P. syringae. Ethan will continue this research over the coming academic year. 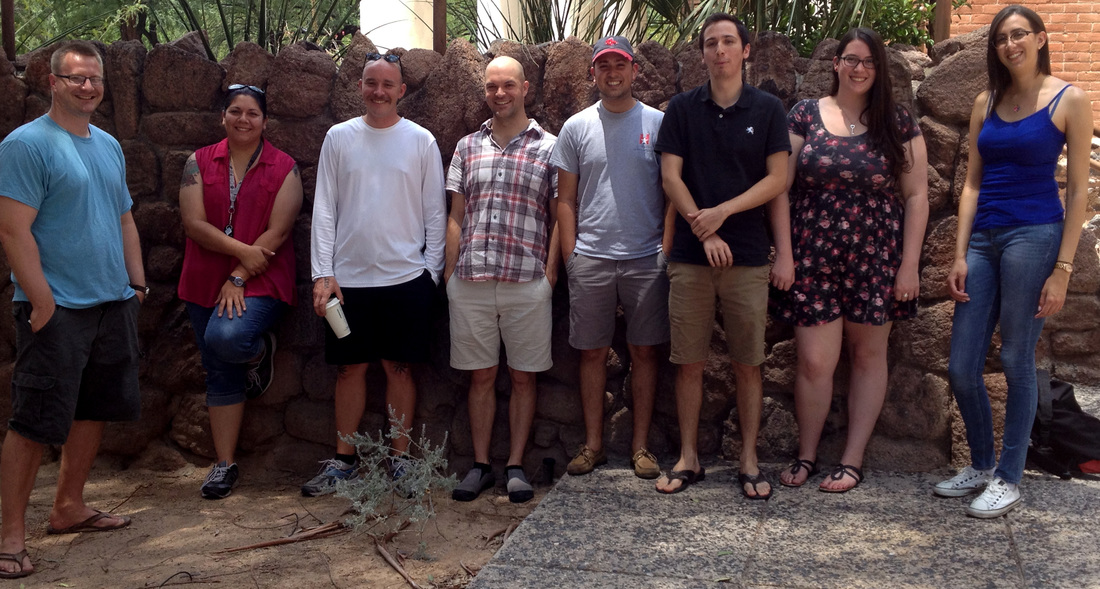